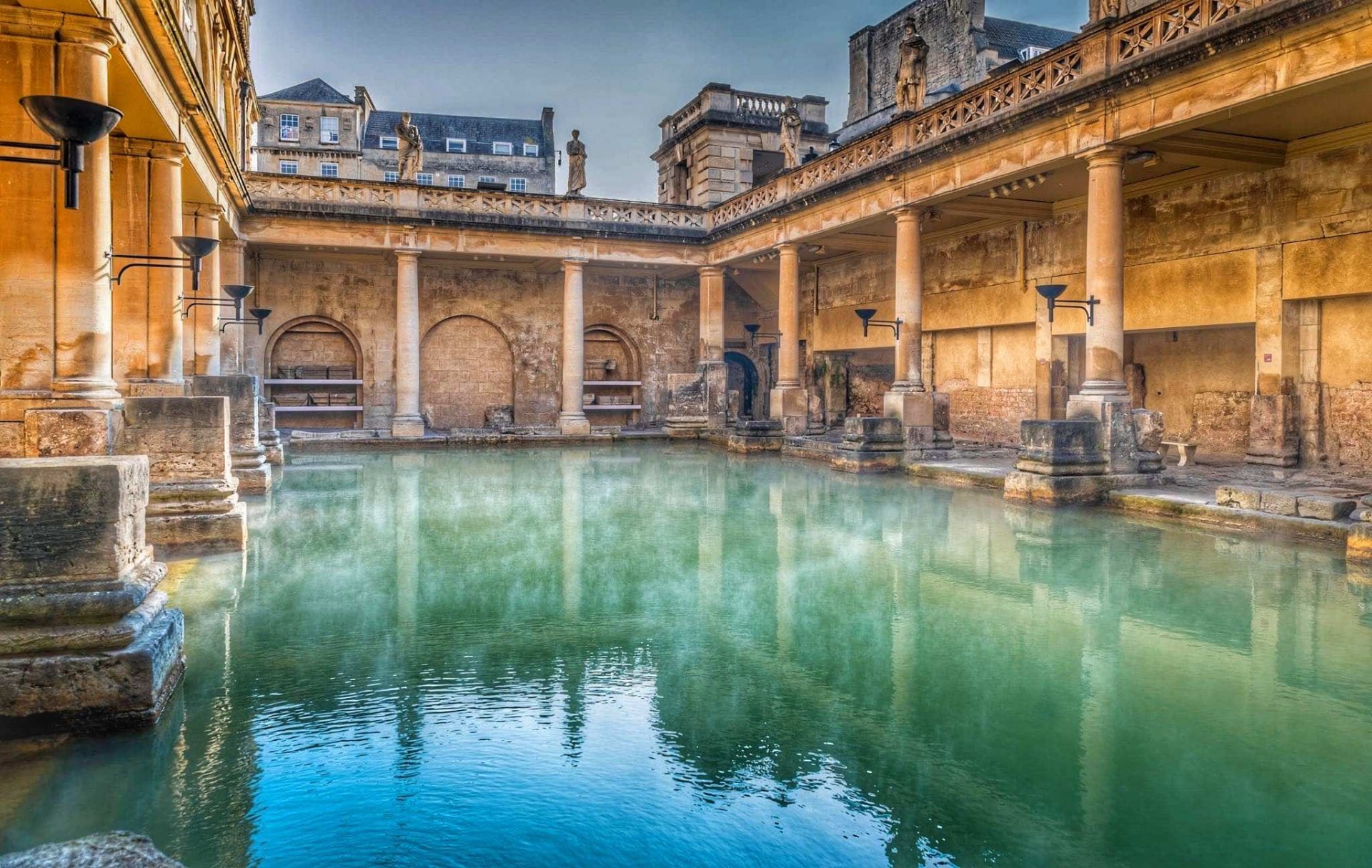 WELLNESS AND SPA: HISTORY AND PROPOSALS

Among the places most frequented by the ancient Romans were the baths. In the republican period in the open air, exploiting the places with soil activities and then, in the imperial period, indoors, with the construction of grand spas of which still today, around Italy and Europe, we can admire the remains.

The "Salus per aquam" spas have never been absent in Italy since before the Romans, so much so that today there are countless structures scattered all over the boot.

Beauty farm, wellness centres and resorts is where Italy makes the green of the woods and the blue of the thermal waters its colours of choice in places of authentic wellness and relaxation.

Region by region, below, we retrace the paths of the waters of health: spas, spas and wellness centers between Umbria, Lazio, Tuscany and Emilia Romagna.

"Audit amnis sulphurea Nar albus aqua..." this is how Virgil talks about the sulphurous waters of the Nera, the sacred river of the Naharki, which will soon meet the Velino and become one of the most spectacular attractions of Umbria: the Marmore Falls.

And it is from the time of Virgil until today that in Cerreto di Spoleto there is a place of elected magic, a thermal pool set in the Valnerina, surrounded by woods and ancient trees, where the charm of history blends with nature offering a mix of health and wellness: the Thermal Baths of Triponzo.

With the possibility to live the thermal experience of a weekend, or the thermal baths also at night, including a very tasty and special dinner. 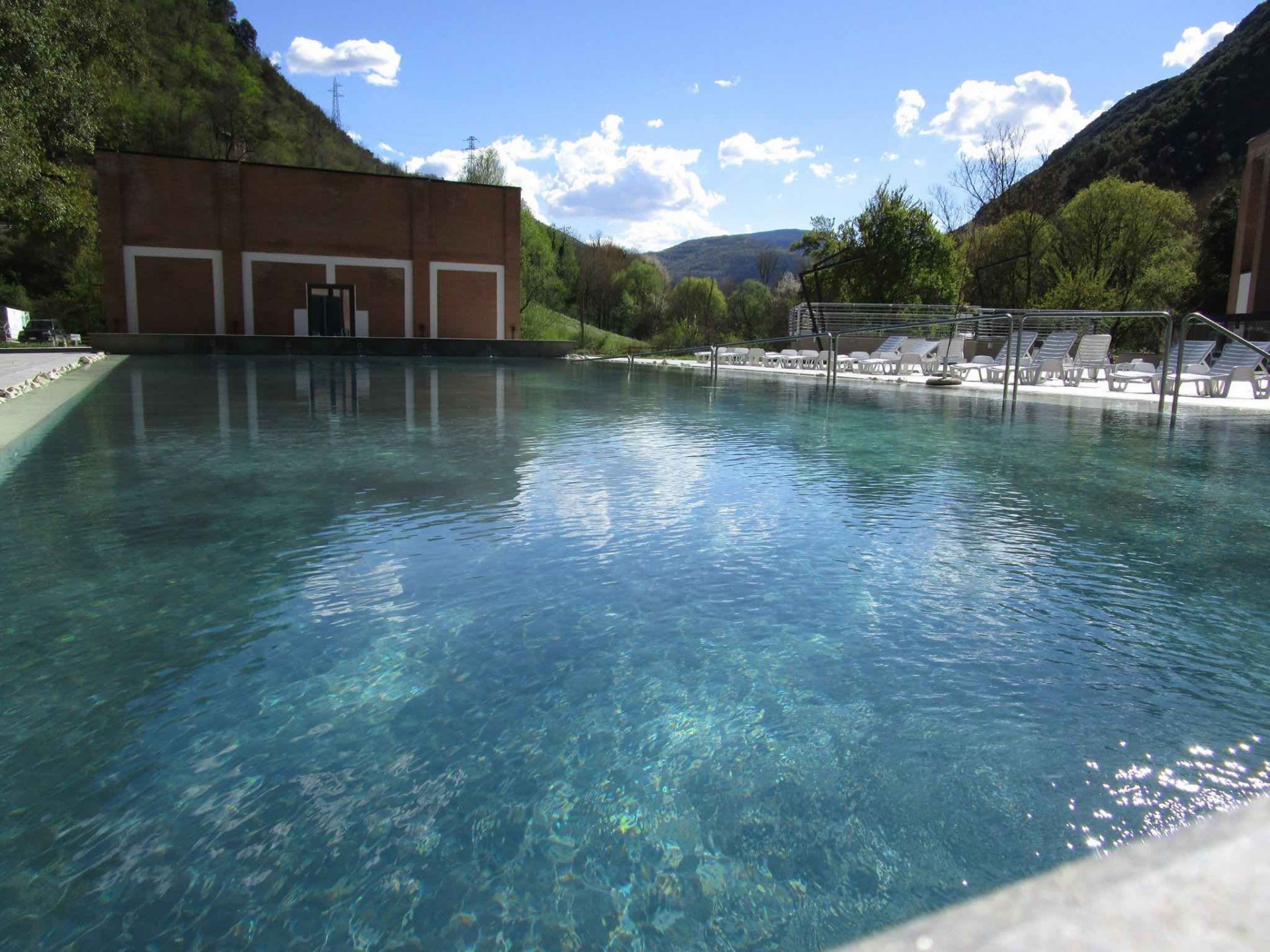 SPA AND WELLNESS IN TODI, IN THE HEART OF UMBRIA

It's worth a visit to the centre of Italy in Todi, overlooking the greenery with Bramante's art and culture behind you, maybe for a weekend in a period residence that was once a monastery and today is a place of luxury and relaxation with bio-sauna, whirlpool and Turkish bath.


SPA IN AN UMBRIAN CASTLE

Spa treatments for kings and queens inside a 10th century castle for a relaxing weekend with Jacuzzi, sauna, relaxation area in Massa Martana, in the province of Perugia. 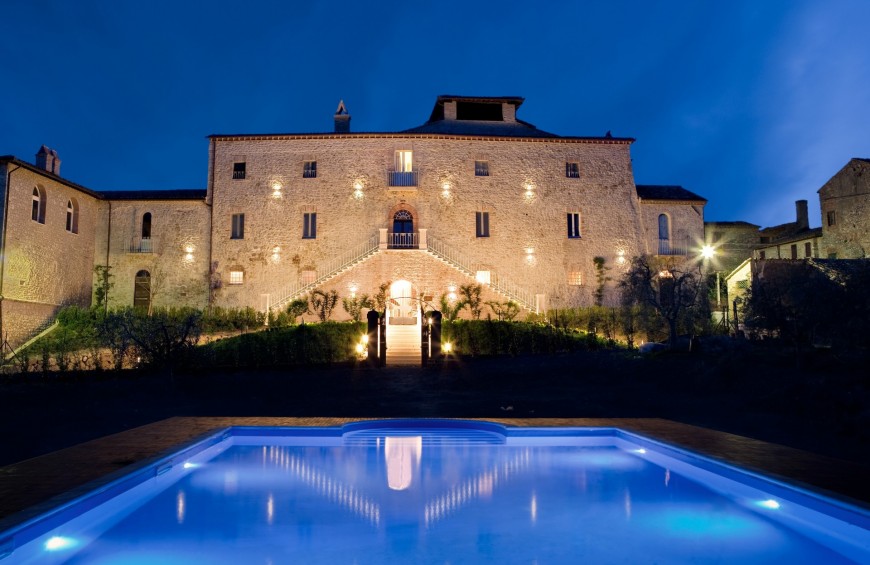 TIVOLI SPA, A FEW MILES FROM ROME
Virgil praised them in the Aeneid, it seems that even Nero had them flowed into his Domus Aurea and, of course, the Emperor Hadrian fed us some of the pools of his wonderful villa: for all of them are the Acque Albule, the sulphurous waters of Tivoli.

Two days in for a proposal to travel him and her in relax at the emperors' thermal baths between sauna, Turkish bath, swimming pools and wellness path.

TASTE AND WELLNESS IN TUSCANY AT RAPOLANO TERME
Overlooking the Crete Senesi, the village of Rapolano Terme, in its heart of the thermal waters that flow rich in beneficial properties known since Roman times. Among hot baths, whirlpools and mud baths you can choose a weekend of relaxation and taste in a Tuscan farmhouse.

CHIANCIANO FAMILY SPA IN TUSCANY
Chianciano Terme, Val di Chiana, is the place of choice for a wellness holiday for the family between nature, wellness and taste in a territory inhabited already at the time of the Etruscans who had understood the beneficial properties of its waters and built a town.

The Sensory Baths inside the thermal park of the Holy Water, the Thermal Pools of Theia, "she who shines so far" and mother of Selene in Etruscan mythology, and the possibility to visit the village of Montepulciano, is the proposal of a week in Val di Chiana between wellness and taste - or a romantic spa&wine weekend for couples. 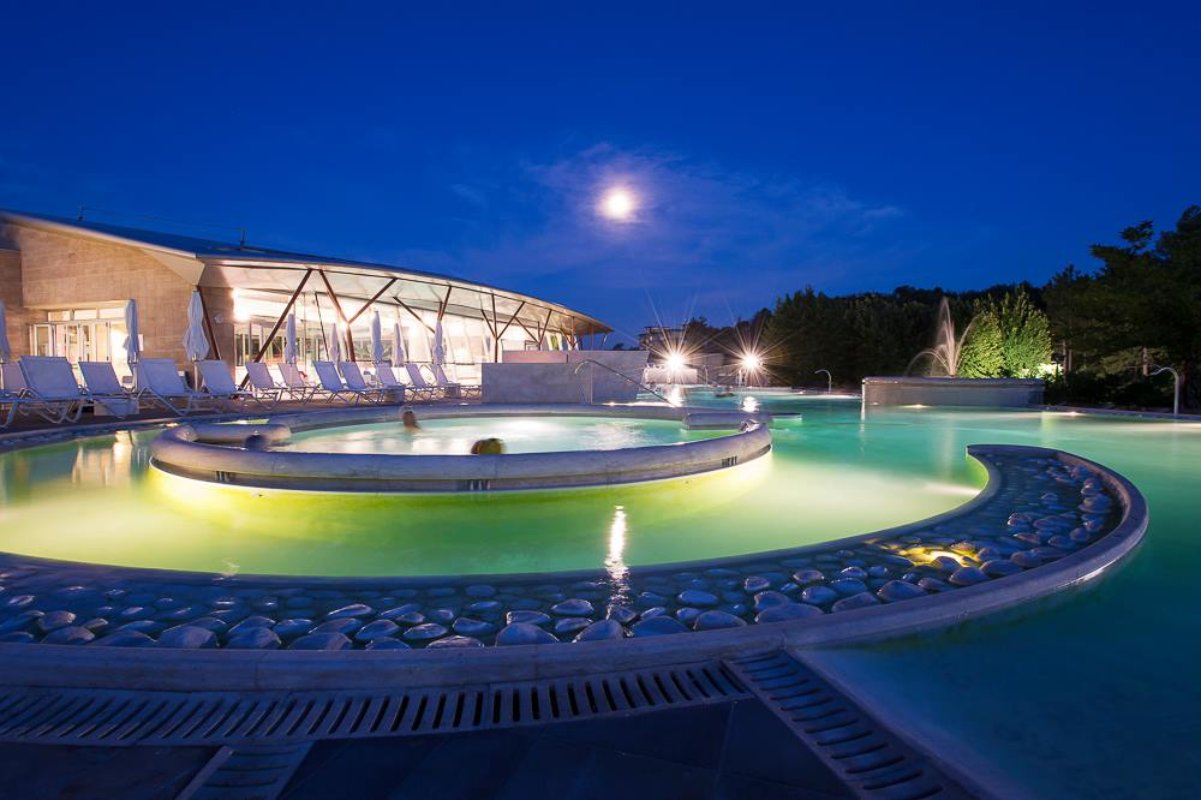 PORRETTA SPA IN EMILIA ROMAGNA
Also the history of Porretta Terme, in the surroundings of Bologna, is linked to the presence of a place of healthy beauty used already in Roman times and then until today.
It is the same built-up area that has developed "cascading" along the opposite banks of the Reno torrent to accommodate a thermal structure of great elegance, where you can escape for a weekend of complete relaxation in a thermal pool dug into the hillside.

THE ANCIENT THERMAL BATHS OF OCRICULUM: FOR A WALK IN HISTORY
To close, and return to Umbria, a report about some thermal baths of which, unfortunately, we have only the remains and a wonderful polychrome mosaic today in the Vatican Museums: the Baths of Ocriculum.
The structure of the thermal baths today is immersed in an immense archaeological area where, walking among the ruins of the theatre, the amphitheatre and the ancient port on the Tiber, you can relive the suggestions of the time of that empire that made possible the construction and diffusion of these structures that, still today, are a symbol of well-being, health and culture.