Bevagna, the living history: the town, the market, the Gaite.

One of the most beautiful Villages in Italy, Orange Flag for hospitality, land of gastronomic excellence such as Sagrantino and Extra Virgin Olive Oil: welcome to Bevagna.

Bevagna was already known to the Umbrians in the 5th century B.C. who stopped there during the shepherd routes in the valley.
In 90 B.C. Mevania (middle land) became a Roman town hall.
Located in the heart of the Umbrian Valley, on the ancient Via Flaminia, close to two rivers that favoured trade, Mevania became one of the most important commercial and strategic centres of ancient Rome.
The city's waterways fed mills that favoured the artisan production of yarns, hides, paper and food.
In the centuries following the fall of the empire, and throughout the Middle Ages, the appearance and history of Bevagna was strongly marked.
At the centre of endless disputes between Longobards, Consuls, Papacy and Lordships, the palaces, churches and streets of Bevagna have been destroyed and rebuilt several times.
Today Bevagna is the typical Umbrian hilltop village, surrounded by perimeter walls, which lives around the square.
The square is a medieval masterpiece framed by the Palazzo dei Consoli, the two churches, the bell tower and the octagonal fountain, where the four quarters converge.
The history of the quarters, the four Gaite di San Giorgio, San Giovanni, Santa Maria and San Pietro dates back to the 13th century, and still today they represent the fulcrum of Bevagna's life and fame.
Based on the statutes and ancient documents, the volunteers of the Gaite Association have recreated mills, ovens and the perfect organization of the ancient shops: the Gaite Market, a perfect example of living archaeology. 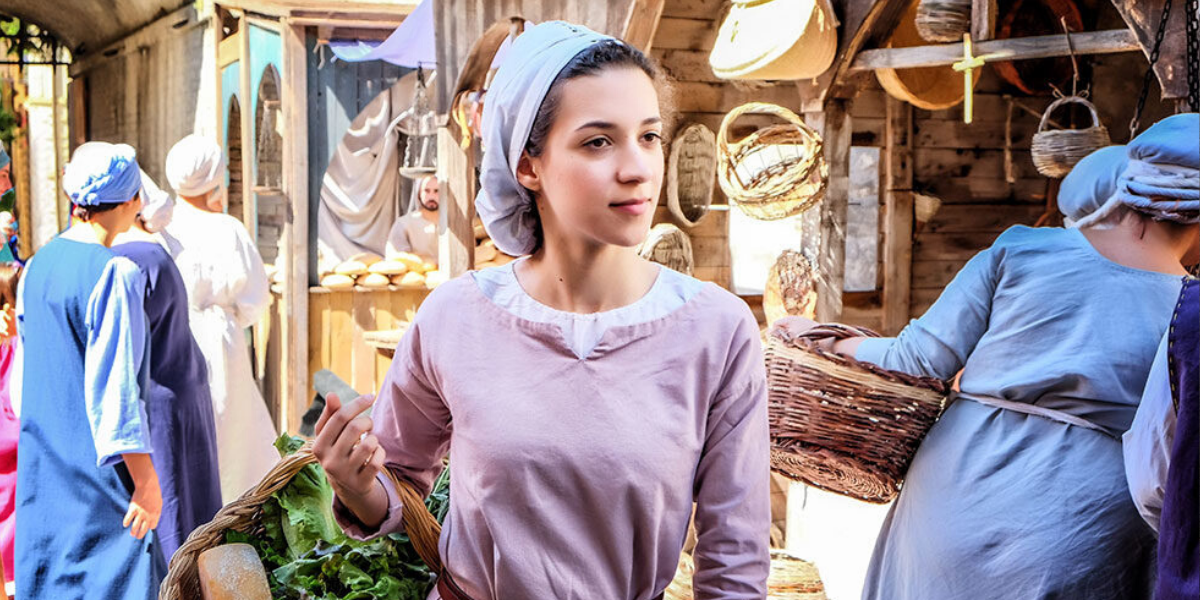 In the workshops, perfectly reconstructed with tools and furniture of the time, the craftsmen, in antique clothes, show the techniques of creating goods and products.
The four Medieval Trades enchant adults and children alike and are accessible to all by reservation.
Cartiera di Mastro Cecco: the macerated rags, pressed by the large hydraulic machine, the intense smell of glue: here are made the precious sheets of childrens' paper for drawings and texts.
La Cereria: the wheel turns and cast after casting forms the slender candle with the unmistakable scent of beeswax.
The Painter: a workshop of a thousand colours where egg yolk pigments are mixed to represent Madonnas and nobles of the time on tables and canvases.
Il Setificio: the thread extracted from the cocoons twisted in the twister, the first complex machine ever used, makes the precious yarn

In June every year the whole village of Bevagna takes a dip into the past!
The festival begins with the medieval banquet, a great dinner of the ancient Umbrian tradition held in the main square.
The village is completely transformed into a real journey through history: the streets are populated by drunkards who, in period clothes, live the daily life of the Middle Ages eating, working and competing in archery just like their ancestors.
Ten days of shows, events, concerts not to be missed.