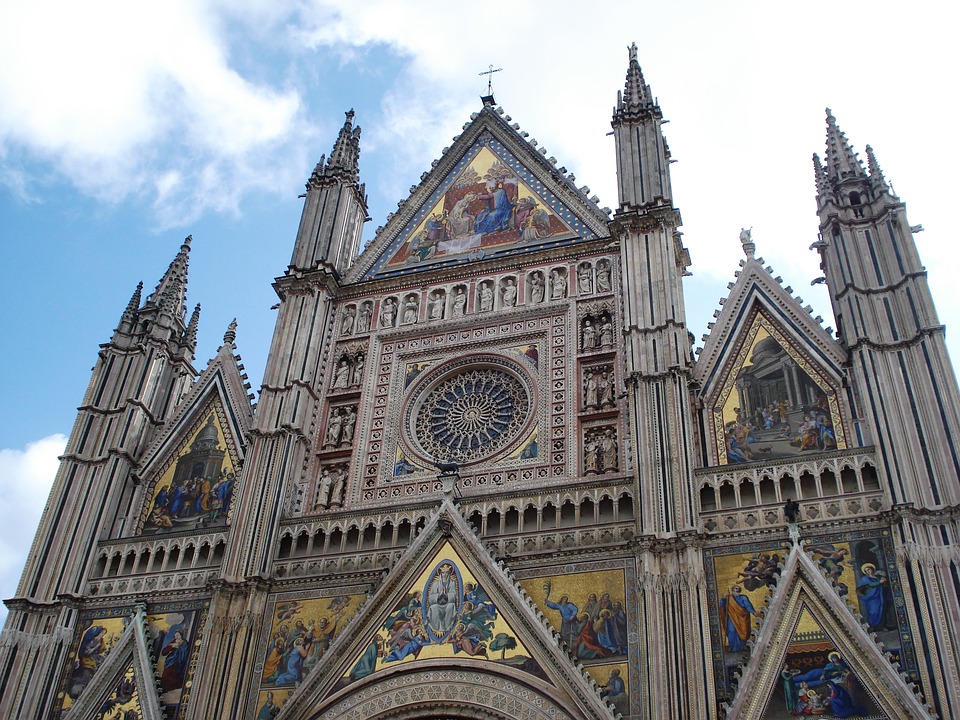 The origin of Orvieto dates back to very distant times, when the geological background that characterized the entire central part of the Italian peninsula was that of a large expanse of water that with the years saw parts of the earth emerge from this immense and unique sea.

In these lands emerged various volcanic systems and, in all probability, the roaring action of some of them generated scattered and huge rock clusters.

It is believed that the cliff on which today stands the city of Orvieto is just one of these great masses of tufaceous rock thrown, according to some hypotheses, from the large crater that today is "filled" by the nearby Lake Bolsena and with the eroded years molded by water. Geological studies have pulled out that the material that makes up the cliff of the city is of volcanic origin and has different types of consistency, some points are more solid and others less solid.
This has also allowed the man to "work" and modify these materials creating cavities, as evidenced today by the consistent presence of ancient caves, tunnels and wells in the past used as shelter places, "butti" and as places for the poultry breeding