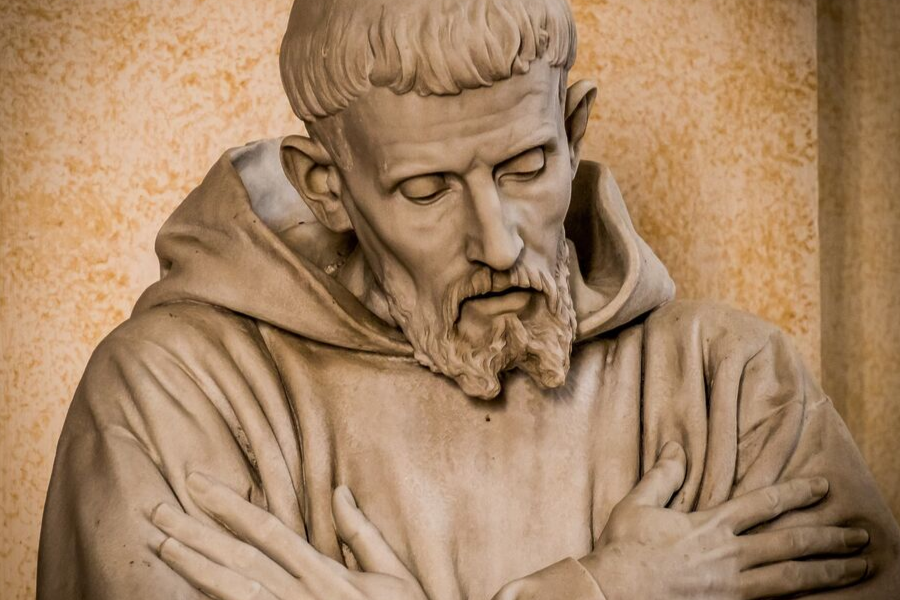 On October 4th, the entire Catholic church celebrates St. Francis, the patron saint of Italy.
Francis "the poor man of Assisi" was a deep ascetic who stripped himself of all material possessions and lived a minimal life in total harmony with the spirit.

The figure of Francis of Assisi is deeply linked to the Umbrian territory: his name echoes everywhere in the natural paths, in the villages, in the imposing churches, in the Franciscan places, order of which he was the founder, and in the places of art.

Many people forget that St. Francis was a great poet.
Around 1224 he composed the oldest poetic text of Italian literature, the Canticle of the Creatures.
Also known as the Canticle of the Sun, it is an intense and vigorous praise of God that becomes a true hymn to life.
St. Francis exalts the sense of brotherhood between man and creation, praises the four fundamental elements, wind, water, fire and earth, praises life in total harmony with nature and detachment from wealth.
Never before has the Canticle and love for mother earth been rediscovered.