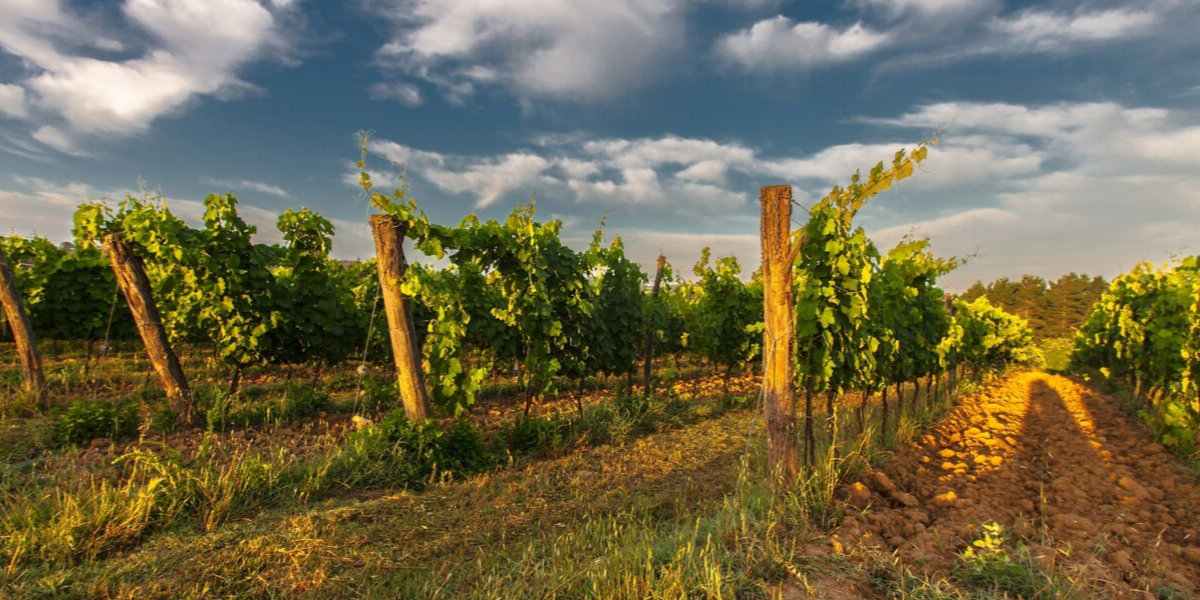 Umbria, where nature and rural culture are integral parts of daily life, is a region that perfectly matches the mission of Slow Food, a movement founded in 1989 for the protection and the right to slow pleasure.
Today, the Slow Food Foundation protects the world's biodiversity, the traditional local products, cultivated in their territories of origin with sustainable and clean practices.
Through a gastronomic itinerary, we invite you to discover the Slow Food Umbri Presidia: simple products with incredible flavours, fruit of the ancient local agricultural tradition.

Beans from Lake Trasimeno
Cultivated until the 1950s in the area around Lake Trasimeno, this ancient seed, as small as rice, has almost disappeared over the years. The countryside of Lake Trasimeno has become depopulated and the remaining production has favoured crops of greater commercial value. The cultivation of beans is tiring and still manual, from sowing to harvesting to beating. Mature beans are harvested every day for two weeks, left to dry, beat and, after separating the seeds, bagged. Fagiolina can be of various colours, has a buttery consistency and is very tasty. The recipes are simple, according to peasant tradition: boiled and seasoned with olive oil or in a pan with tomato and garlic.

Mazzafegato from the upper Tiber valley
Widespread in Tuscany and Umbria, it finds its maximum expression in the upper Valtiberina. It is not a common sausage: the Mazzafegato was considered a poorer production made with the so-called "cleaning bench". After the preparation of all the sausages, the remnants of unused meat (liver, heart, lung) are coarsely chopped, rind and liver are added, seasoned with salt, pepper, lemon or orange and fennel that gives the classic flavor. The mixture is stuffed into the natural gut, tied by hand in small sausages with string and left to dry for about ten days.
The perfect cooking is on the grill that enhances the flavor.

Cicotto di Grutti
Grutti, a small hamlet of Gualdo Cattaneo, has an ancient culinary tradition linked to pork. For generations the families, in the wood-fired oven of the village, have been preparing two dishes that are decidedly slow, especially in their long preparation: porchetta and cicotto. The traditional Cicotto di Grutti involves cooking all the cuts of pork: ears, legs, shin, tongue, tripe and entrails are cut, washed and processed love.
The meat is cooked in the oven just under the pork to collect the fat and spices, rosemary, pepper, fennel and red garlic from Cannara. From 9 to 12 hours of cooking at 200 ° C for a soft Cicotto, which as soon as cold and drained from liquids, is placed in baskets is ready to be enjoyed.
A rich, intense, spicy and smoky taste not to be missed.

Fava cottòra of the Amerino
Amerino, the territory between Amelia, Todi and Orvieto, thanks to its clayey and lime-free soil, favours the cultivation of the "fava cottora" or "mezza fava".
A legume that must not be husked, easy to cook (for this reason called "cottora") and particularly digestible.
The inhabitants cultivate the "fava cottora" by hand, as per tradition: after summer ploughing, in early November, it is sown in "postarelle" (small holes) and the month of July is awaited for the harvest. The beans are harvested already dry and left in the sun for about ten days; this facilitates the threshing process that allows the extraction of the pod.
The pod is then sifted to separate the impurities.
The preparation of the "fava cottora" is rather complex: from soaking to boiling, it is then left to rest for a whole night, then the hard residues are eliminated with a traditional "sound" procedure.
At this point, the broad beans are ready to be seasoned with salt, pepper and oil, cooked in a pan with tomato and onion or cooked in the fat and lean pork to prepare the traditional strip with broad beans from America.

Roveja of Civita di Cascia
In the past centuries it was cultivated all over the Apennine ridge between Umbria and Marche, especially in the area of the Sibillini Mountains thanks to its resistance to low temperatures and altitude.
The roveja is a highly protein legume similar to pea, dark in color, which together with other legumes was one of the main foods of shepherds and farmers in the area. The crop has been abandoned almost everywhere except in the Valnerina between Cascia and Preci.
The roveja is sown in March and harvested between July and August. When the leaves turn yellow, it is beaten like a lentil, threshed and cleaned of impurities using sieves. Excellent for soups, roveja can also be ground and transformed into flour, which is used to make farecchiata, or weighed into an excellent polenta to be seasoned with anchovies, garlic and Evo oil.

Black celery from Trevi
Close to the famous Sources of Clitunno, along the river of the same name there are today the few cultivations of Black Celery that until the last century were widespread throughout the Umbrian Valley.
The Black Celery is dark in colour, without threads, with a tender and pulpy heart, highly perfumed and of magician size: it reaches even one metre.
In past centuries, during the Papal State, it was supplied as food to ships bound for the Americas: good taste and long preservation made it a valuable food.
After the Second World War, with the spread of common American celery, this vegetable has almost disappeared.
The tradition of cultivation is still the same today: sowing takes place on Good Friday because, according to the farmers of Trevi, this accelerates the growth and delays flowering.
The seeds taken every year from the best plants are jealously guarded by the locals.
Harvesting takes place in October, during the Trevi Black Celery Festival.
It can be tasted in pinzimonio, prepared in parmesan cheese, stuffed with sausage but always seasoned with the precious olive oil EVO of the Olive Tree Band.

Smoked Vino Santo from the Upper Tiber Valley
Vin Santo, produced in all the Tuscan and Umbrian wine areas, has a strong tradition in the area around Città di Castello, in the upper Tiber Valley.
The bunches are hung for drying in rooms with stoves and fireplaces full of smoke, this ancient tradition is linked to the production of tobacco widespread in the area. Families used to lay tobacco leaves and bunches of grapes on the beams of the kitchen, which come from Trebbiano, Malvasia but also Grechetto, cannaiolo, vernaccia and San Colombano.
The grapes, harvested when not completely ripe, are spread out for at least three or four months; at the end they are pressed and left to ferment in wooden barrels with mother yeast guarded by the producers.
After at least three years, the sweet wine, with its hints of smoke and dried fruit, is ready to be tasted together with traditional Umbrian dry sweets.

Salted Ricotta from Valnerina
A wild land rich in woods and with an ancient sheep-farming tradition: the Valnerina was once an area of sheep and goat farms.
The ancient Transhumance brought in Valnerina, every summer, flocks from other regions, in winter the farms moved to the milder plains.
During the transhumance the products (cheese and ricotta) had to be transported and stored: the ricotta that was not consumed immediately in the soup was placed in a bag of hemp, squeezed, salted and left to hang to dry in the rooms of seasoning (from two weeks to fifteen months).
This is how salted ricotta cheese was born in the form known today.
After a short seasoning it is perfect to be eaten with extra virgin olive oil and pepper, the most seasoned ricotta can be grated on soups, pasta and soups.

Second bean of the Orvieto Plan
An ancient crop, Fagiolo Secondo, which takes its name from the type of sowing: it takes place after the wheat harvest, in early July, after the first sowing. Harvesting takes place in October.
It is a small bean, from the white seed called the white gold of the Straw.
The area is that of Orvieto, at the foot of the cliff, until the 50s, was a widespread crop precisely in the whole area of the river Paglia: the farmers traded in exchange for oil, not produced in the plain.
The bean has a very delicate taste, the traditional recipe is that of beans all'uccelletto: the legumes are boiled, pan-fried with garlic, oil, sage and tomato seasoned with olive oil EVO raw.