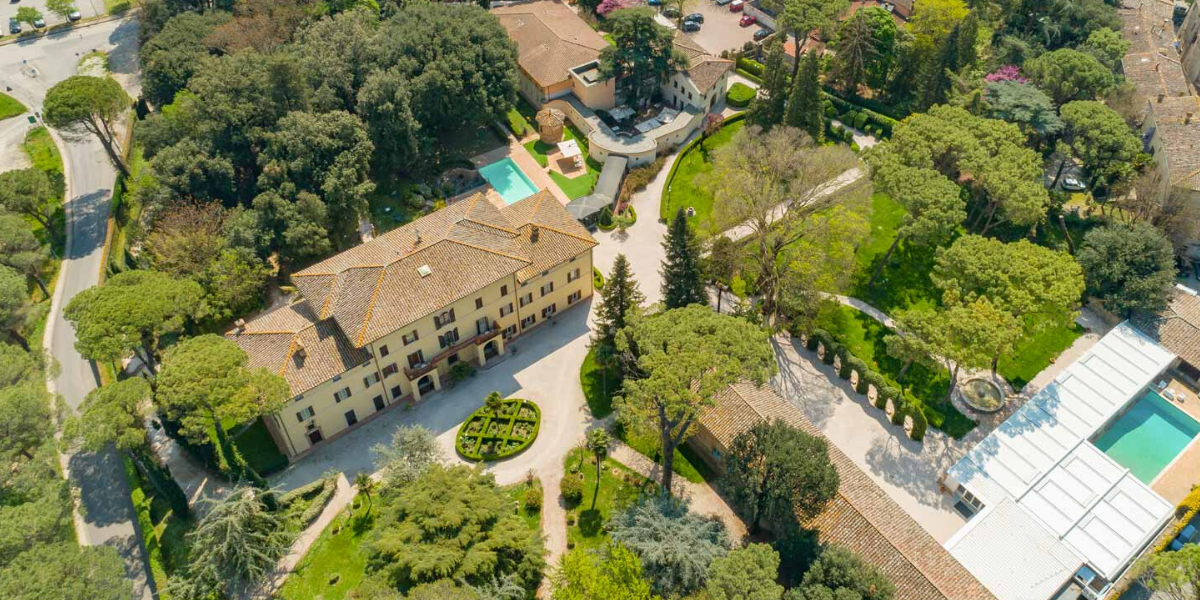 Villa Donini a timeless residence in the heart of Umbria

In the sixteenth century the Donini, a bourgeois family of merchants from the north, settled in Umbria to start a business destined to become one of the most flourishing of the time: the processing and trade of fine fabrics and silks.
In 1579, as impressed in one of the stones still visible in the cellars, the family's residence, Villa di Posta Donini, was built on the outskirts of Perugia.
The Villa was also intended for the family business, to host travellers, horses and goods from all over the world. According to ancient documents, there were about 7000 people employed by the Donini family, an incredible number in those years.
In the 18th century the influence of the Donini family in the political scene of the time was at its peak: between 1716 and 1724 Palazzo Donini was built in the heart of Perugia, today the seat of the Regional Council of Umbria, as the town residence of the family that acquired the noble title of Counts in 1751.
Villa Donini, in San Martino in Campo, was also extensively renovated in the 18th century: the main floor of the main building was embellished with a concert hall covered with painted canvases entrusted to Francesco Appiani, the rooms and the living rooms entirely frescoed and decorated by Nicola Giuli.
In the same period the Private Chapel was built, in which, still today, there is a precious altarpiece depicting St. Filippo Neri and the Madonna by Appiani himself.
The Villa Donini complex also includes the large stables, two hectares of botanical park and centuries-old woods, a mausoleum dedicated to the Contessina Laura Donini dating back to 1850, five Etruscan cinerary urns from the 3rd century BC. 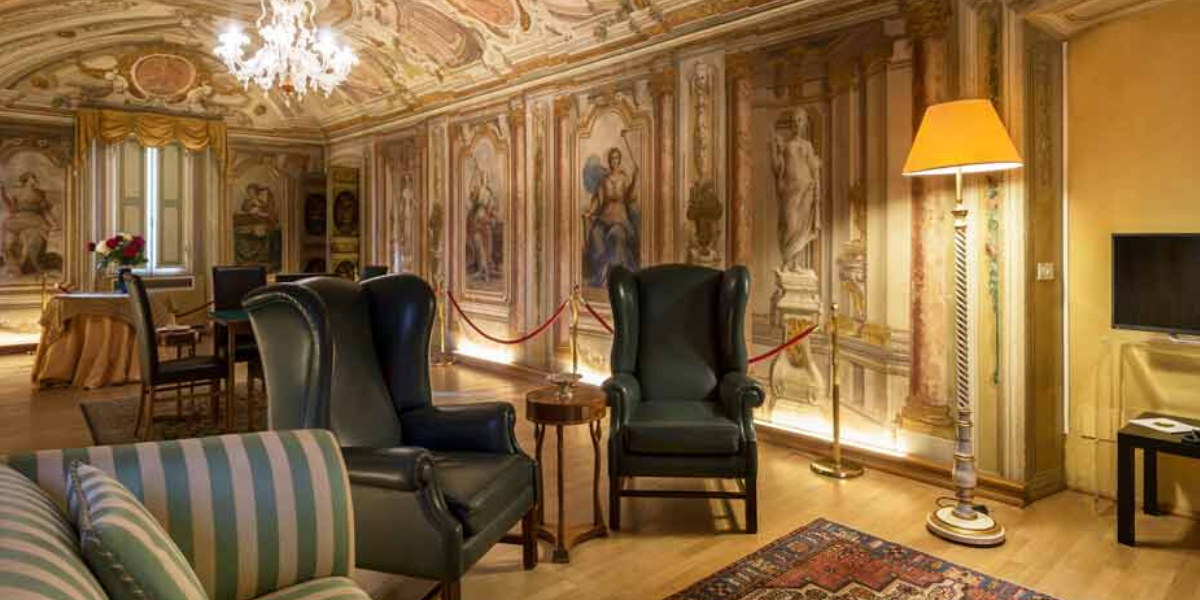 The descendants of the Donini family lived in the Villa until 1964, in that year the property was sold.
Today Posta Donini is an elegant historical residence with every comfort.
A unique place able to blend ancient art with contemporary spaces, a place where you can taste the flavors of Umbria and rediscover the pleasures of the past.