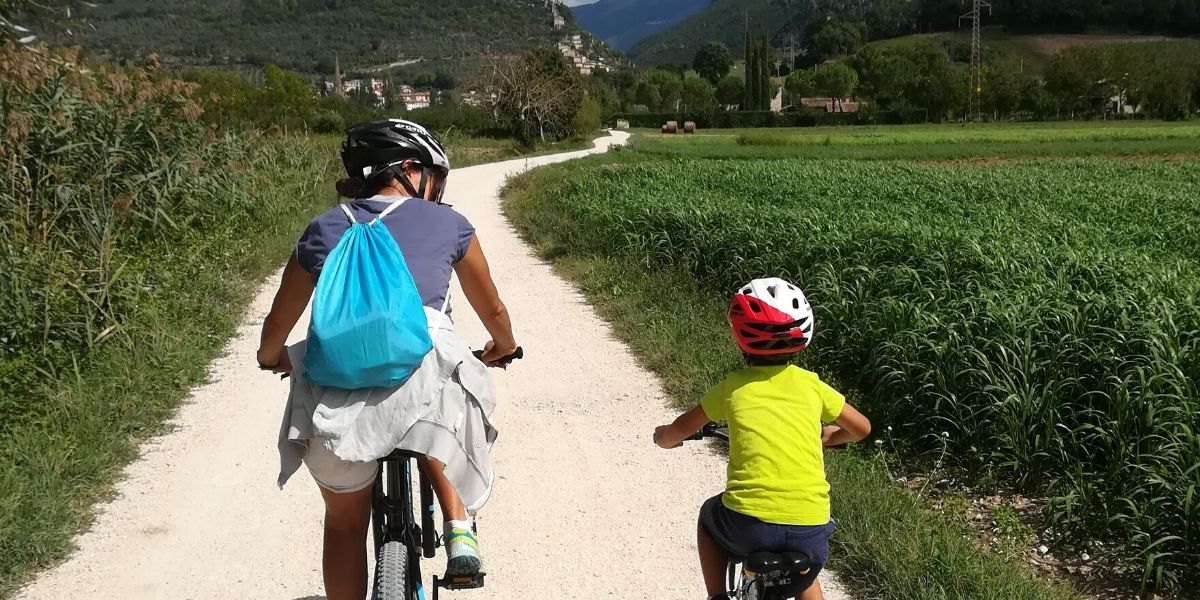 The Marmore Falls, a place of undisputed beauty, known in Europe, the most famous in Italy, one of the most visited places in Umbria...
But how many of you have gone further into the valley?
Nera River that flows the waters of the Waterfall, springs in the heart of the Sibillini Mountains Park and runs rich in water along the valley of the same name, the Valnerina.
The state road crosses a narrow gorge coasted by cliffs, nature and picturesque villages that seem to have stopped in time.
Hidden by the rich vegetation, there is an alternative route to the main road, which allows you to experience the Valnerina in an authentic, slow way and in total harmony with nature.
The "green road", Greenway del Nera, is one of the most interesting dirt roads in central Italy that can be covered in a "slow" and low impact way: on foot, on horseback or by mountain bike.
From the Marmore Falls to the junction of Preci the road runs along the river Nera in a mainly flat route; for this reason the route, loved by mountain bike enthusiasts, is particularly suitable for families with children.

Would you like to spend some time in the open air discovering the valley?
The Greenway is the right path! 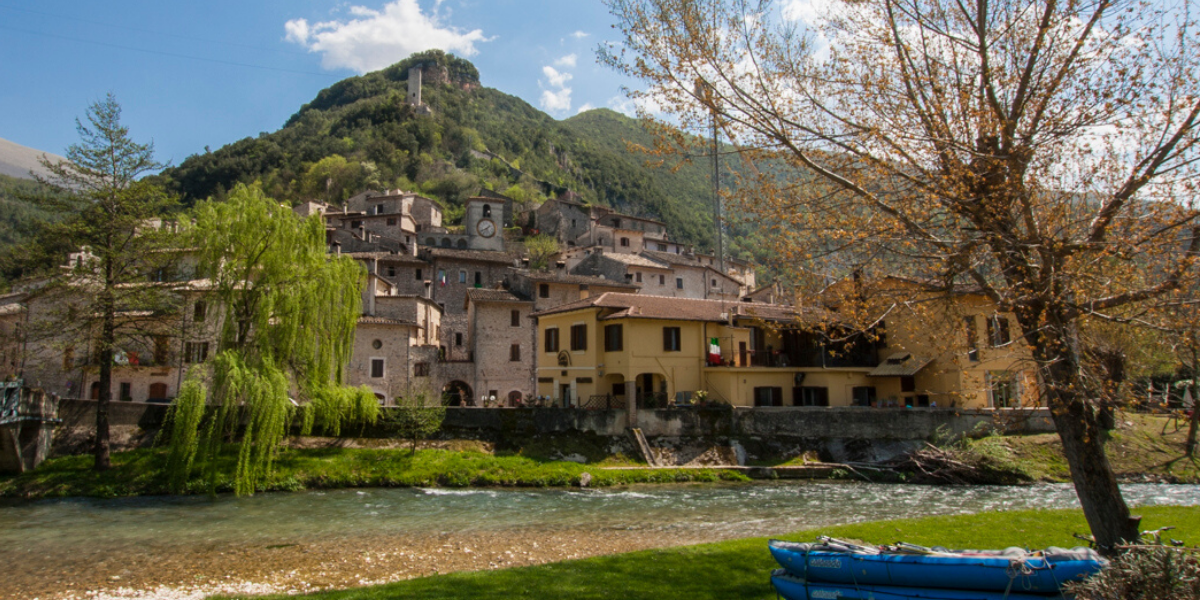 We explore the route through medieval villages, ancient abbeys, castles and small towns.
From the lower Belvedere of the Marmore Falls we walk along the ancient Convent of San Francesco near Casteldilago until we reach the medieval village of Arrone.
The village of Montefranco, an ancient castle built by the people of Arrone on the mountain opposite, will offer you an excellent overnight stop.
From Arrone onwards the Greenway coincides with the Road of San Francesco. Continuing the route you will reach the small village of Precetto di Ferentillo where you can have a delicious snack and visit the Mummy Museum, a unique place of its kind. Shortly after you reach the Longobard Abbey of San Pietro in Valle, a place of incredible beauty that preserves valuable frescoes of the Umbrian school.
We then continue through the small towns of Macenano, Terria, Ceselli, to the delightful village of Scheggino. 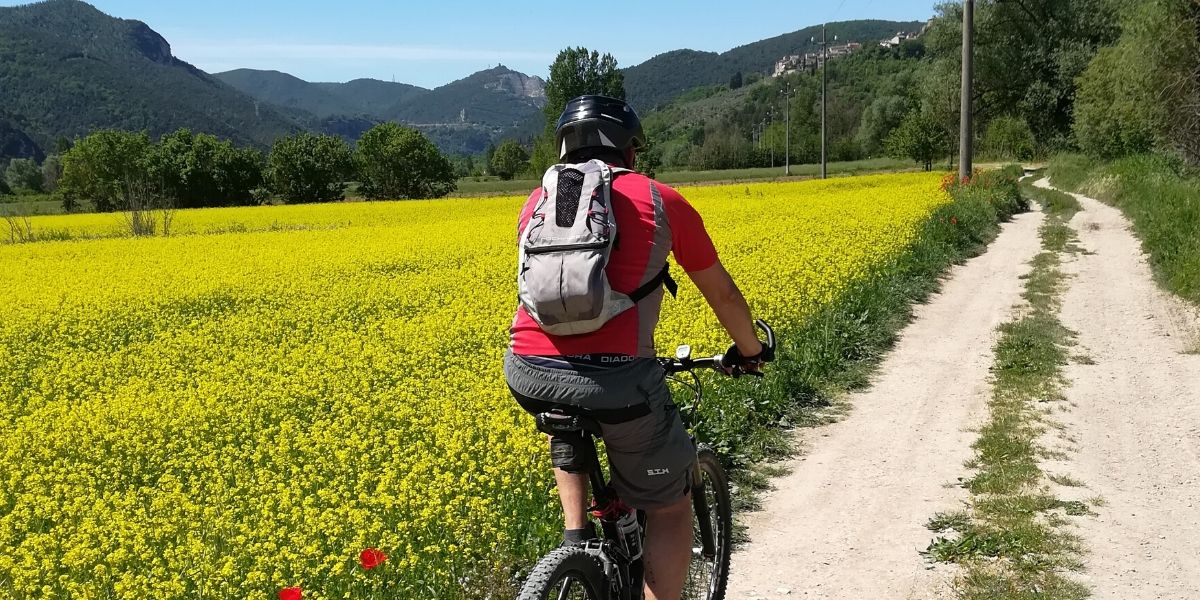 Scheggino, an ancient castle crossed by the river Nera, offers many opportunities for recreation such as soft rafting, sport fishing, adventure park and a widespread boutique hotel ready to pamper you.
From Scheggino the next leg takes you to Sant'Anatolia di Narco.
The precious convent of Santa Croce, the Canapa Museum, one of the activities that have marked the local tradition, the genuine flavours of truffles, wild asparagus, cold cuts and typical cheeses will make your stay in this authentic and unforgettable place.
After Sant'Anatolia, the Greenway enters the first stretch of the ancient Spoleto-Norcia mountain railway, runs alongside the splendid Abbey of San Felice, through suggestive tunnels near Piedipaterno, until it reaches Borgo Cerreto where it runs alongside the Corno river, a tributary of the Nera.
In the locality of Balza Tagliata you cross an ancient passage in the rock excavated in pre-Roman times.
To reach Triponzo the route becomes more demanding but the beneficial thermal baths can restore body and spirit!
From Preci you leave the pleasant course of the river Nera: the most enterprising can reach Norcia through the Forca di Ancarano which offers a breathtaking view of the valley. 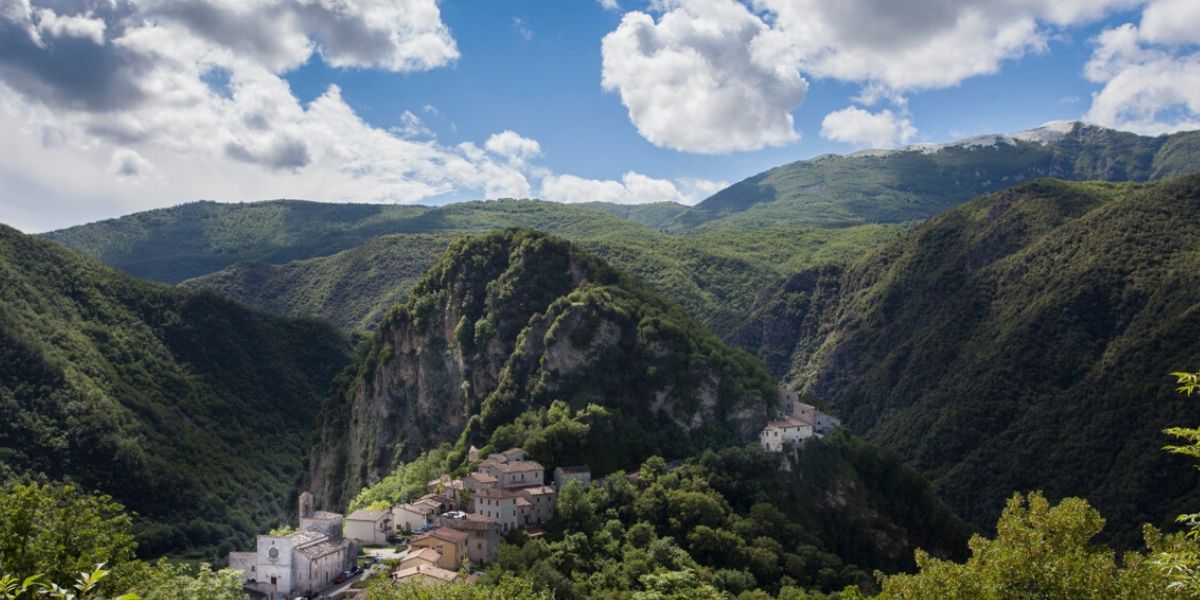