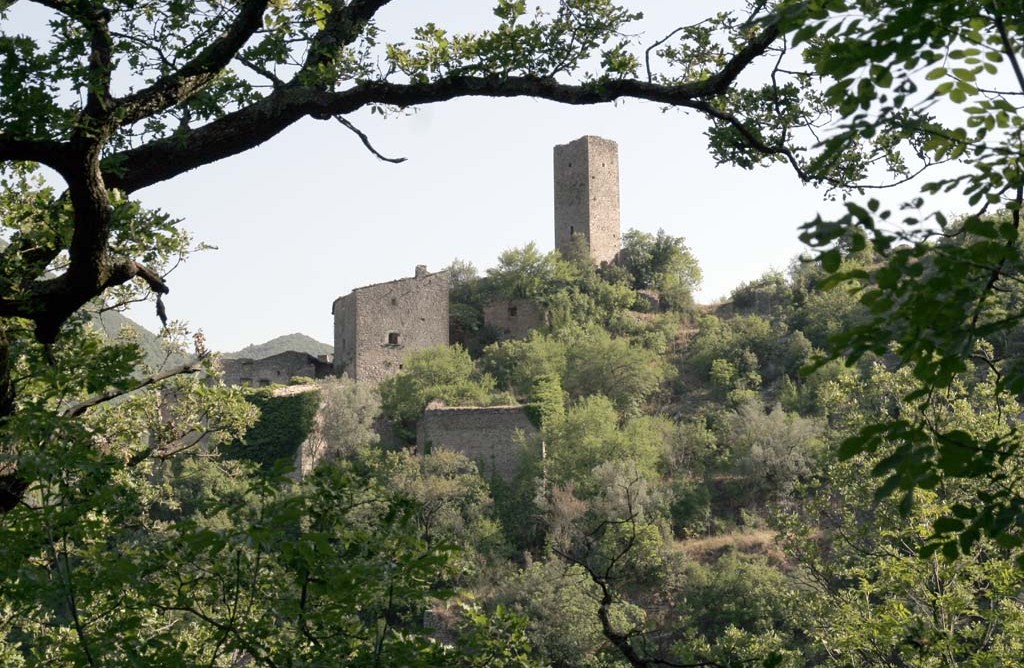 The municipality of Ferentillo il located in the province of Terni; is divided into two villages called Matterella and Precetto from the Nera River.

In 571 the Longobards subdued the Po plain and descended the Apennines founding in Umbria, in 575 the Duchy of Spoleto, which also included the territory of Ferentillo.

Here Faroaldo I Duke Lombard of Spoleto established an important site on the remains of a Roman villa or a temple, the Abbey of San Pietro in Valle.
Since then the Dukes who alternated at the helm of the Duchy of Spoleto, enlarged and embellished the Abbey, often used as a place of prayer in which to retire in the last days of life (Faroaldo II is buried at the end of a sarcophagus in the Abbey) .

In 774, after the Lombard King Desiderius was defeated by Charlemagne, the Umbrian lands, then Ferentillo, were incorporated into the Kingdom of the Franks. Carlo donated the Umbrian domains to the Pope, creating the conditions for the birth of the papal state.
From this moment the history of the Municipality of Ferentillo will always depend on that of its abbey.

In 1190 Ferentillo with the fortresses of Loreno, Borsino, San Pietro and Rocca of Sasso, represented a possible defensive line to protect the Abbey, in whose command there was the abbot Transarico, feudal lord of the Duke of Spoleto.
In 1217 with the incorporation of the Castles of Sirone, Sacred and a large territory to be administered, the Abbey of Ferentillo reached its maximum splendor.

In 1300 Pope Bonifacio VIII assumed direct control of the Abbey by taking it away from the Benedictine monks.