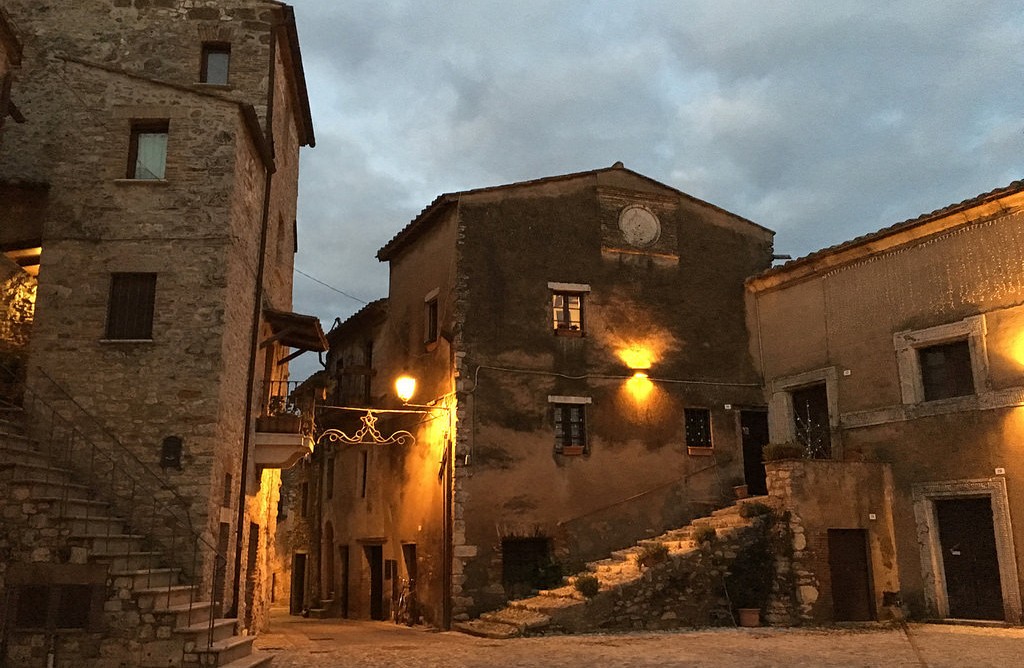 There are several remains that testify to the existence of Roman settlements in Penna in Teverina (two funerary steles, a Doric frieze of travertine and the remains of a rustic villa of the first century BC) but the first historical documents relating to the town date back at the fourteenth century, when the name of the village was associated with that of the Orsini. During the period when the Papapto moved its headquarters to Aviglione, the castle had to be contended for a long time between the Orsini and the Colonna and in 1492 was entrusted by Stefano Colonna under the jurisdiction of the municipality of Amelia - it will be the same Colonna to resell it, in 1502, to the Orsini, who will administer it until the extinction of the family. The toponym contains the entry "pen", for some a 'rocky peak' and is perhaps due to a prelatina base, from the Latin "pinnus" = acute. Symbol of the inhabited area is the Civic Door, with the rusticated frame and the typical seats next to the access gate, both inside and outside. Of great interest is the parish church, which has recently undergone questionable restoration work, and Orsini Palace, with a rectangular plan, two floors and an entrance adorning the busts of the four seasons, of late-seventeenth-century workmanship.