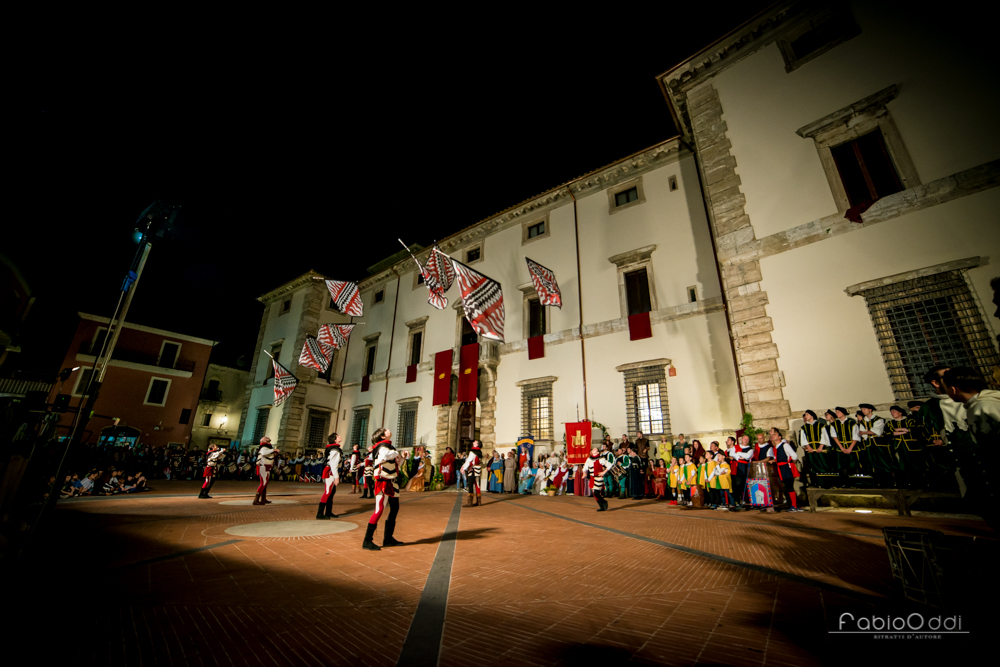 The Renaissance at Acquasparta

The Renaissance Festival of Acquasparta is a unique historical re-enactment that pays tribute to the family of Nobili Cesi, owners of the Borgo Umbro in the province of Terni, and in particular to one of its most distinguished members the scientist Federico Cesi called "il Linceo ", duke of the small village, and founder of the Lincei Academy.

Citizens, tourists, visitors and the curious will come back in history to breathe that time of cultural and scientific "rebirth"... at the court of the Duke Cesi.

The arrival of Prince Federico Cesi II in Acquasparta is celebrated shortly after the marriage with the young Artemisia Colonna, which took place in 1614, and the festivities that the small community organized for the event come back to life.

The rediscovery of ancient popular traditions, are flanked by representations of historical events actually occurred, parades in costume, street theater, contests, games and especially culinary tradition in the taverns of the three districts of the village, where Renaissance dishes are proposed again.

Exhibitions, markets, tastings and special attention to local excellences with the "Vino a Palazzo" event with tasting of great wines from local wineries.